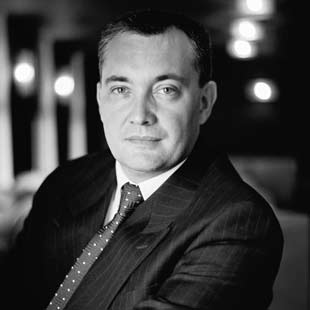 After working with Jack Welch at General Electric for nearly a decade, Yves CONNAN has trained over 2,000 facilitators around the world and established a management style in which " Excellence and Performance " are inseparable. Yves then rounded out his professional experience by embarking on a less conventional career path in which he was frequently called upon to meet the demands of some of world’s leading senior managers. This prompted him to set up his own consultancy company offering a high facilitation expertise for CEOs and Management Teams specialized in the strategy execution. The firm offers – in addition to consulting services - the ability to implement concrete solutions geared to the level of responsibilities of CEOs of major companies, and play a SUPPORTING role.

From his own experience, Yves was able to demonstrate convincingly that strategic steering managed by means of tried and tested methodologies and their habitual dashboards was wholly inadequate for the successful steering of strategy ! What he found was that senior executives actually are unsure whether they are making decisions based on the "right" information, perplexed by the spoken/unspoken behaviors of the members of their team, and often the last to hear bad news.

Keen to provide more concrete answers to the CEOs issues, Yves created a unique, groundbreaking concept based on the honed expertise of the facilitator, a concept readily tailored to different business segments, and known as " The Discipline of Executing the Strategy™ ".

The concept is based on methodologies capable of uniting excellence and performance on the part of people and the organization.

Added to this is the fact that he has always held by a firm belief that a company’s value reflects the value of the people working there. His high standards and active listening skills make him someone whose human values, demonstrated beyond all doubt, have added to the strength of the company he founded : KA MATE Group

Yves Connan is the holder of an MBA awarded by ESCP Europe and a member of Who’s Who in France. For close on 20 years, he has served as President and CEO of Ka Mate Strategy SAS ; his network includes well-known CEOs of leading companies in France and abroad.